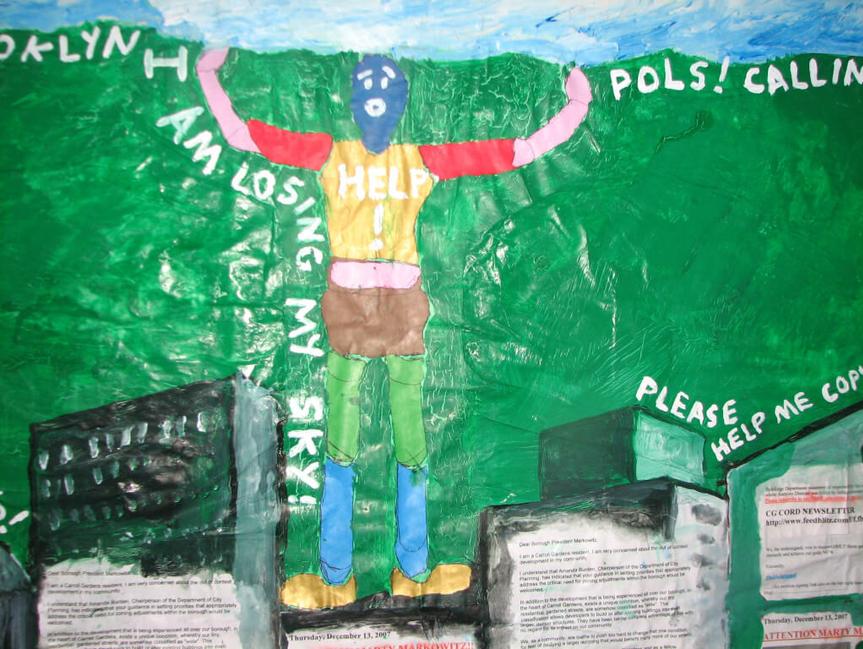 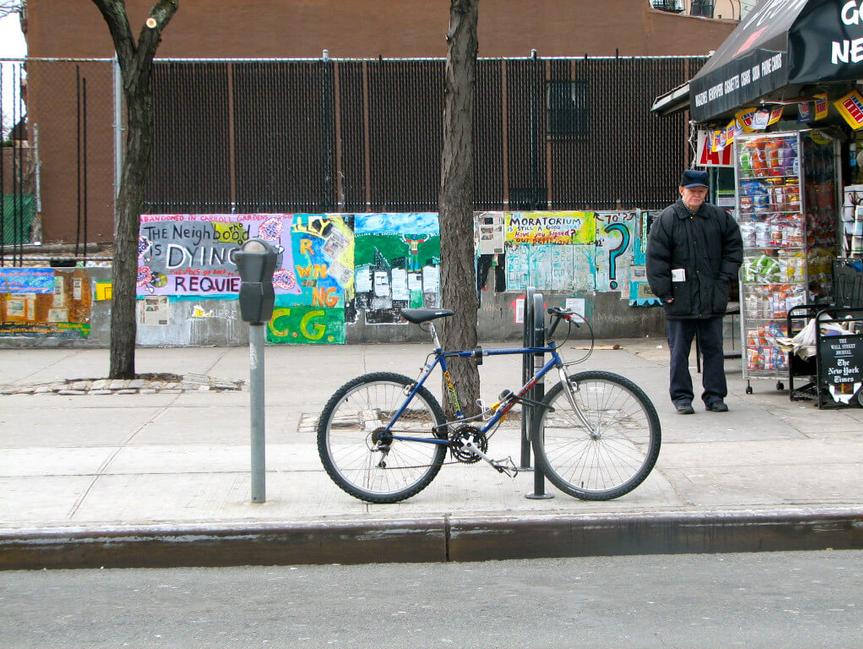 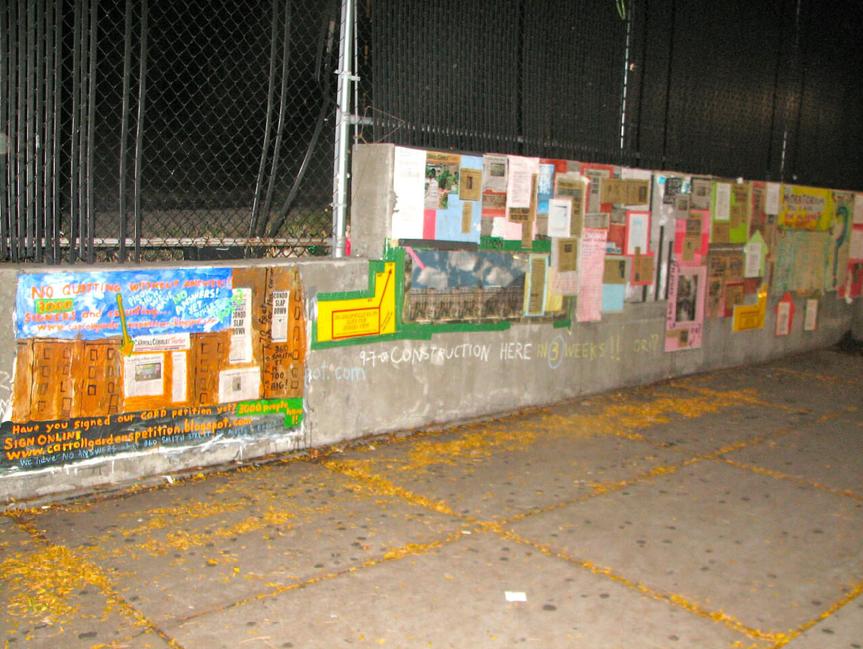 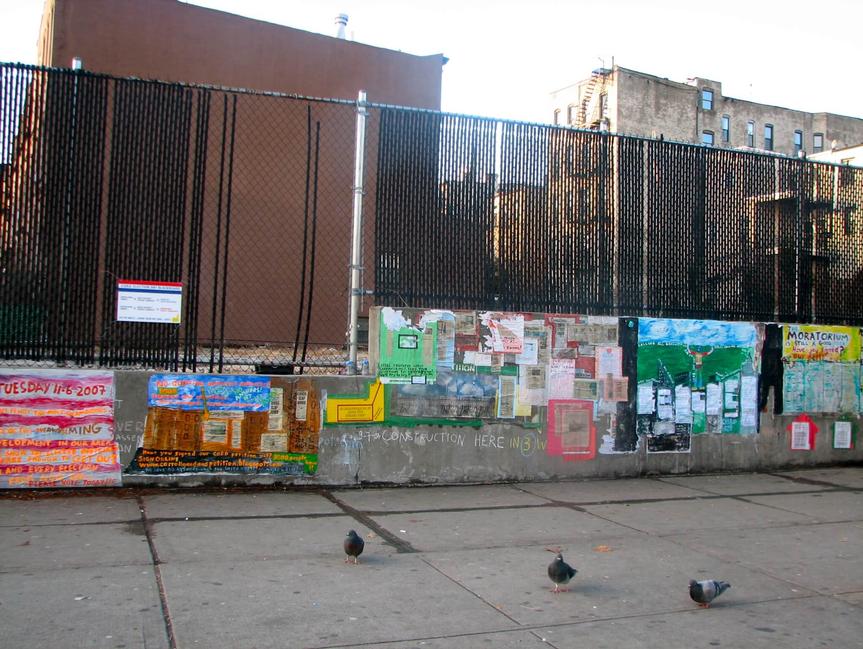 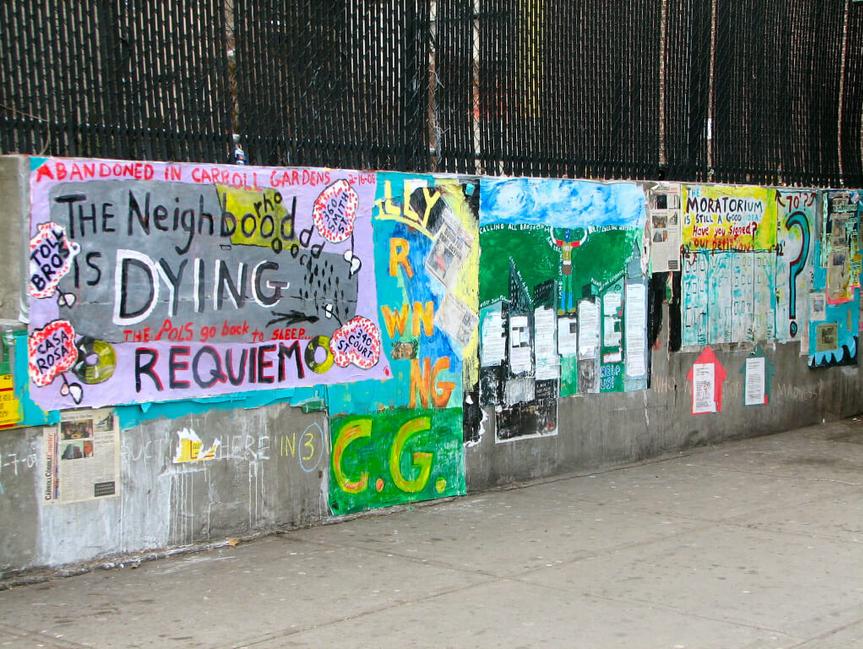 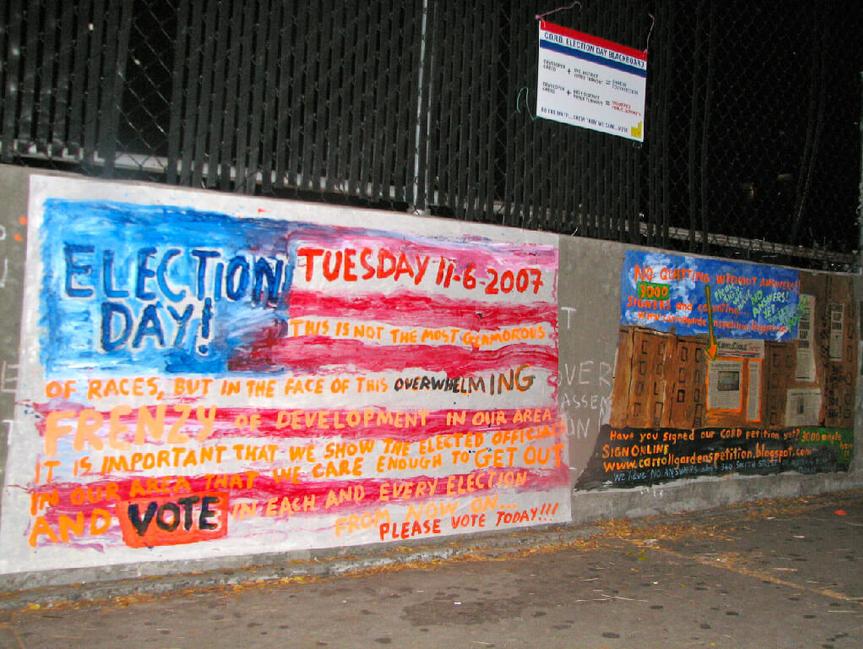 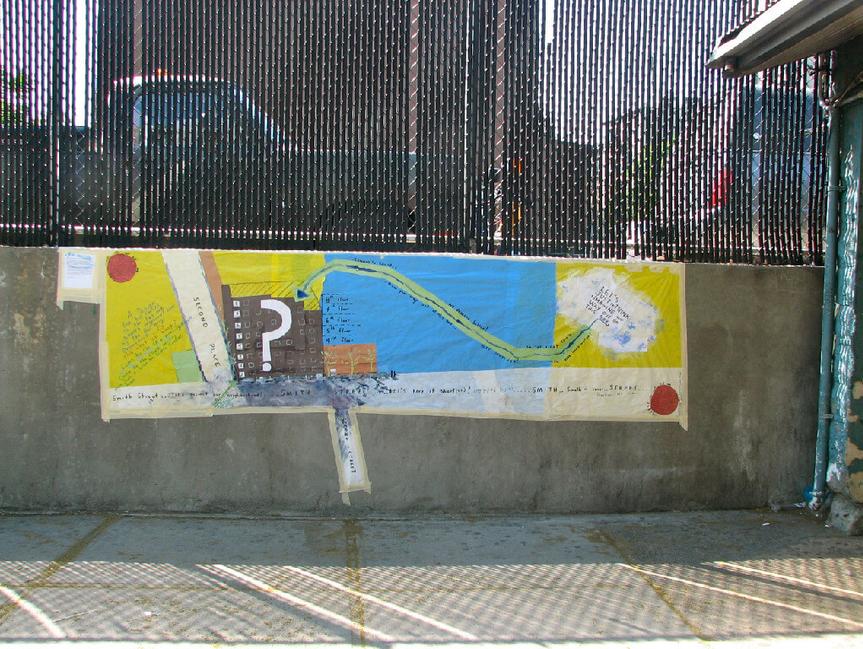 The “Democracy Wall” featured paintings, photographs, newspaper clippings, blog excerpts, personal comments, drawings and more. It became a symbol of the neighborhood’s strong opposition to large-scale, luxury development in our low-rise, brownstone community, threatening the original planning of Carroll Gardens by the urban planner Richard Butts in the 19th century. In an on-going dialogue and protest, my neighbors and I were able to express themselves freely in public on the “Democracy Wall” for a period of time.

Furthermore, the “Democracy Wall” led to the creation of several, Carroll Garden grassroots coalitions including CORD/Coalition for Respectful Development (of which I am a Co-Founder), SoBna, and USBA that are now serving to both awaken and educate the community as to the critical importance of our neighborhood voice in the planning and shaping of our future. T.S. 2012 “Of all the things we have covered and publicized in the last 2 1/2 years, the Democracy Wall and the role it played in founding CORD is one of the things of which we are proudest. It is the way things should be in terms of grassroots action.” Robert Guskind, Gowanus Lounge. 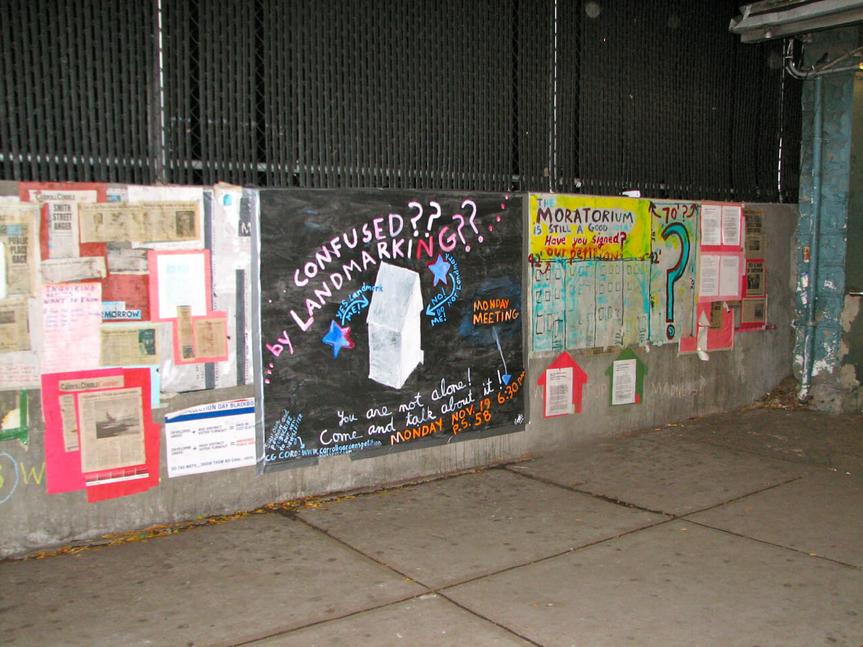 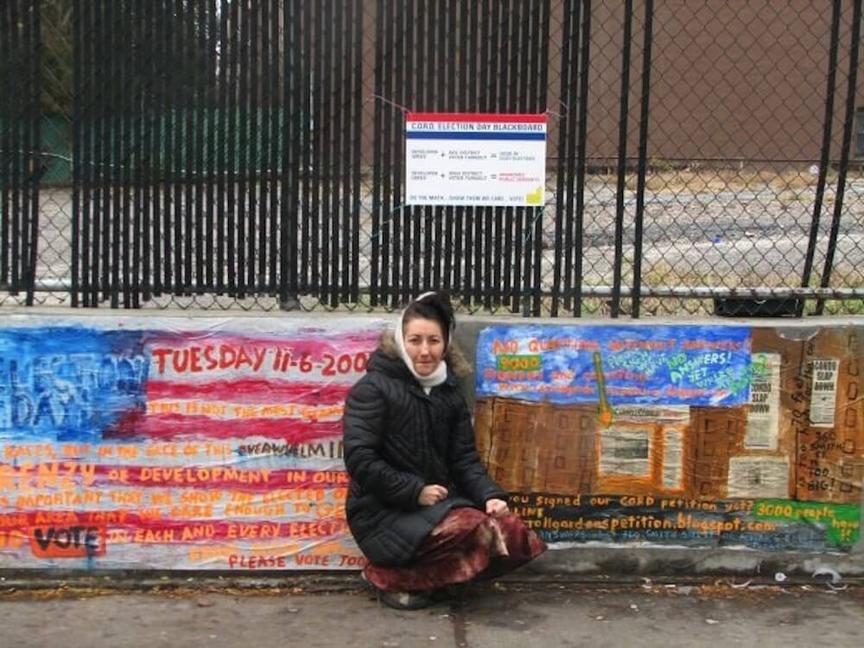