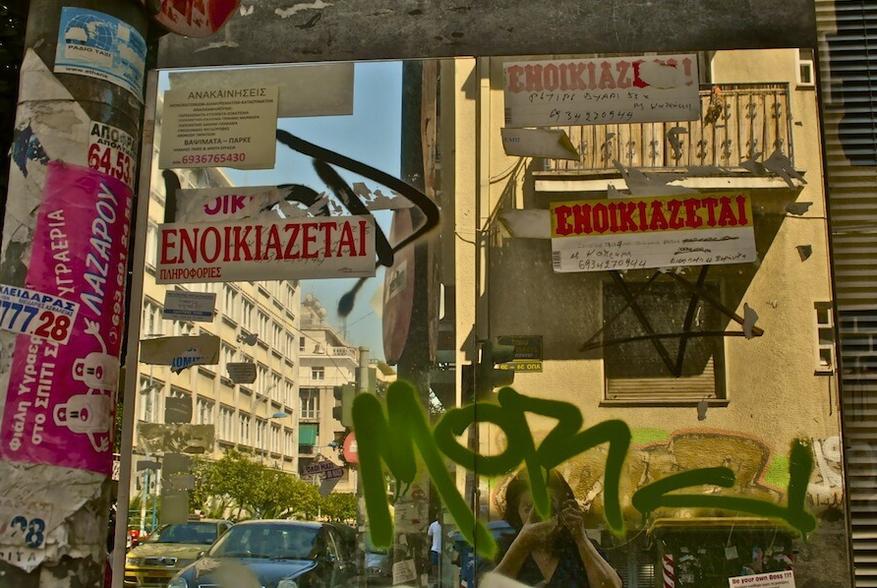 As an interdisciplinary and socially engaged artist, my work often grapples with contentious environmental, social, and economic issues in New York City. In addition to feeling an enormous compassion for the people of Greece, I cannot but help but notice the ominous similarities between the current Greek economic crisis and the less visually obvious one on American soil.

Please contact the artist for permission to use work for any purposes. Thank you. 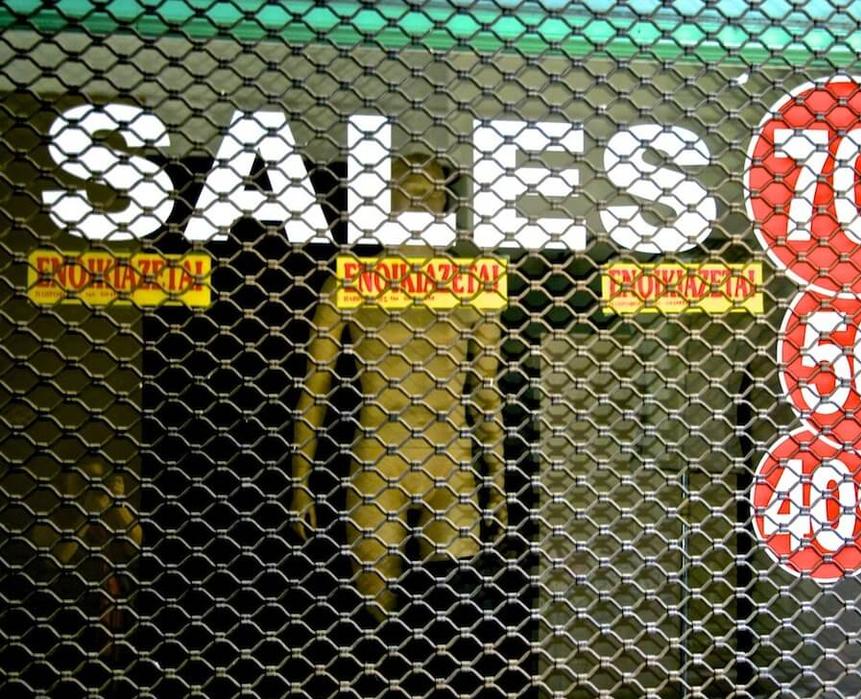 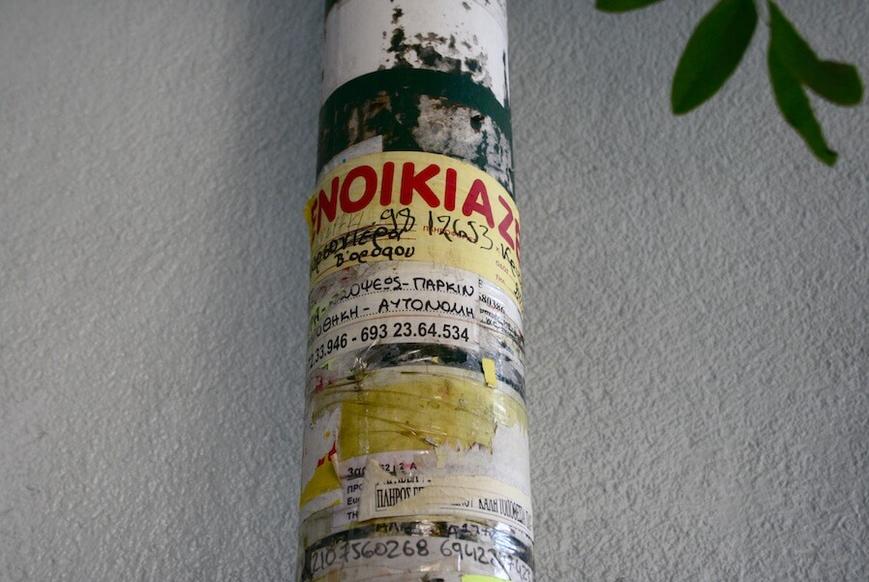 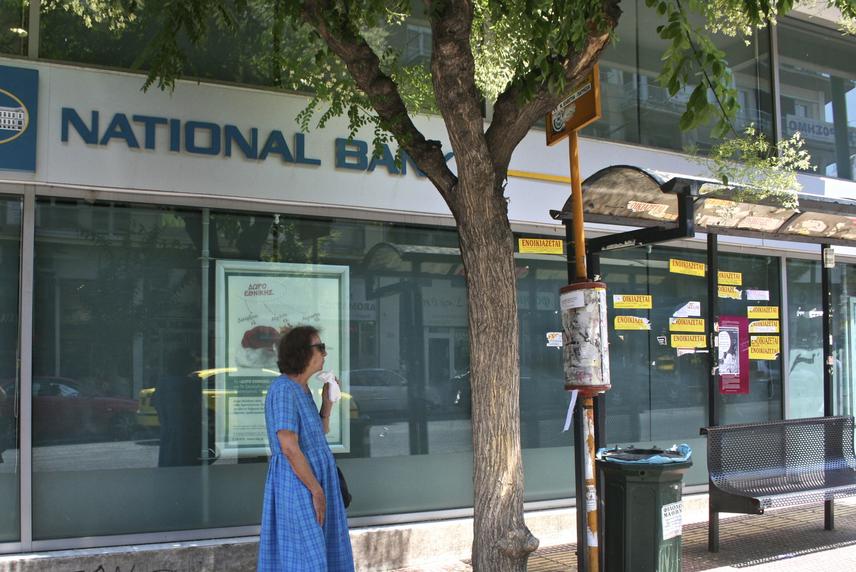 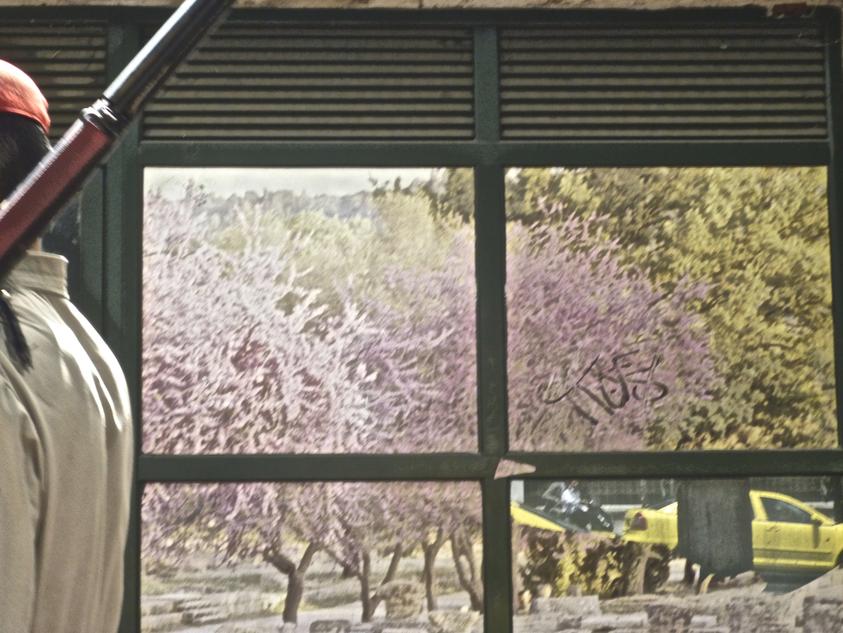 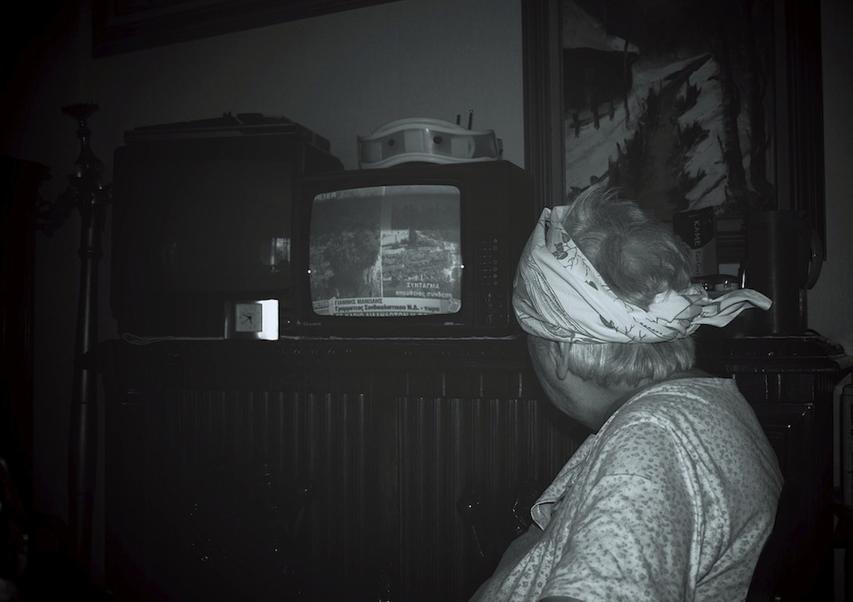 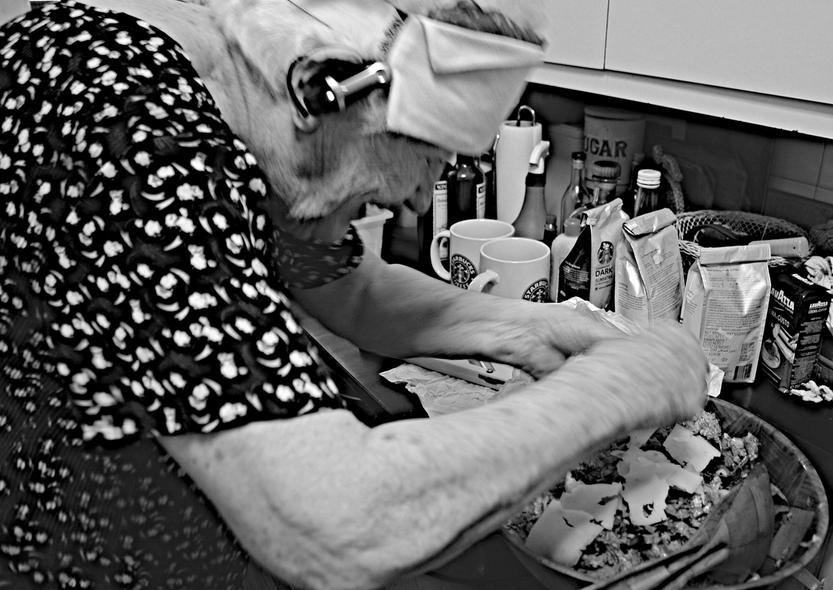 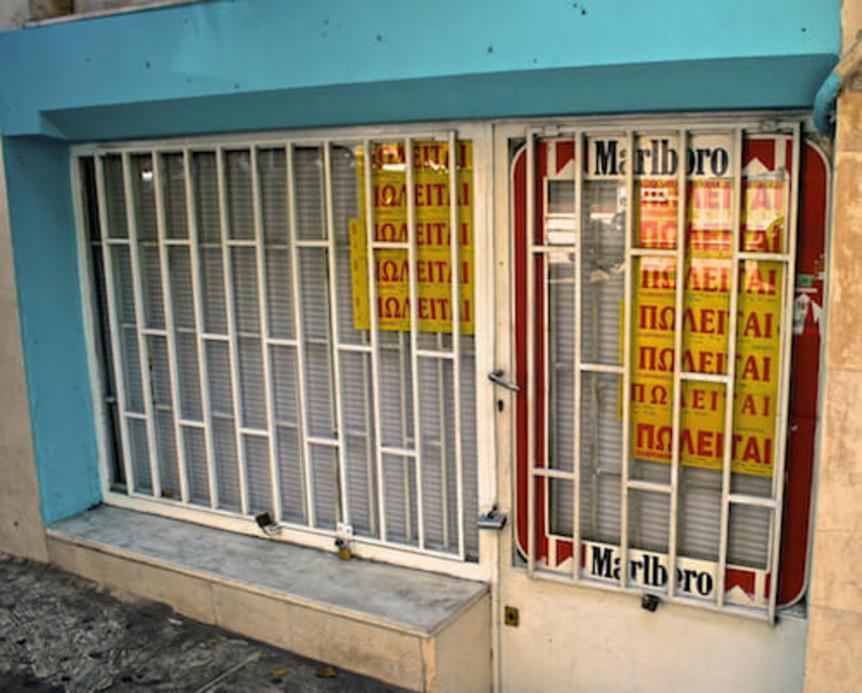 ​What is the state of Greece today?

​The photographic series: The State of Greece: ΕΝΟΙΚΙΑΖΕΤΑΙ - ΠΩΛΕΙΤΑΙ: FOR RENT –FOR SALE explores this question.  As a Greek/American artist, I am deeply moved by the economic crisis and current economic realities in Greece. In a multitude of subtle and obvious ways, Greek economic austerity, as a theme, triumphs the Greek visual landscape in this moment. The words: ΕΝΟΙΚΙΑΖΕΤΑΙ - ΠΩΛΕΙΤΑΙ:  FOR RENT - FOR SALE dominate the streets, structures and spaces of Greece, repeating themselves ad nauseam along blocks of once occupied homes and shops, spelling out the current, disastrous Greek state of affairs. It is impossible to ignore these signs, and their menacing forebodings. They point to a co-existent yet sometimes hidden stress, poverty, and lack of a clear future for Greece that are only too obvious to the people of Greece. 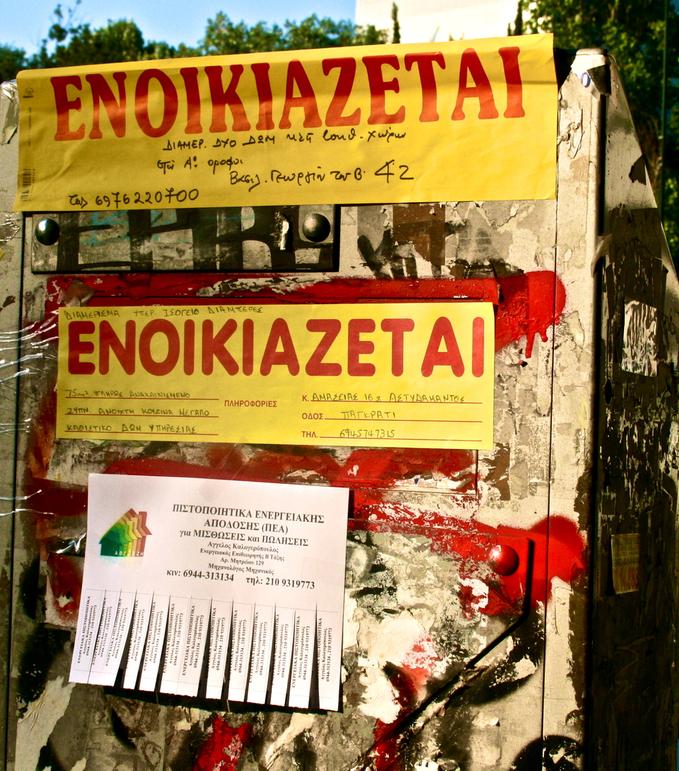 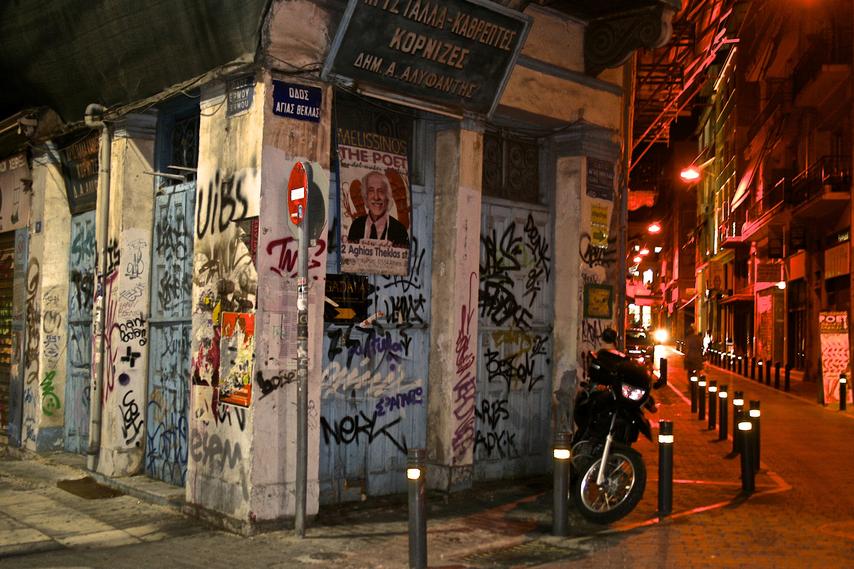 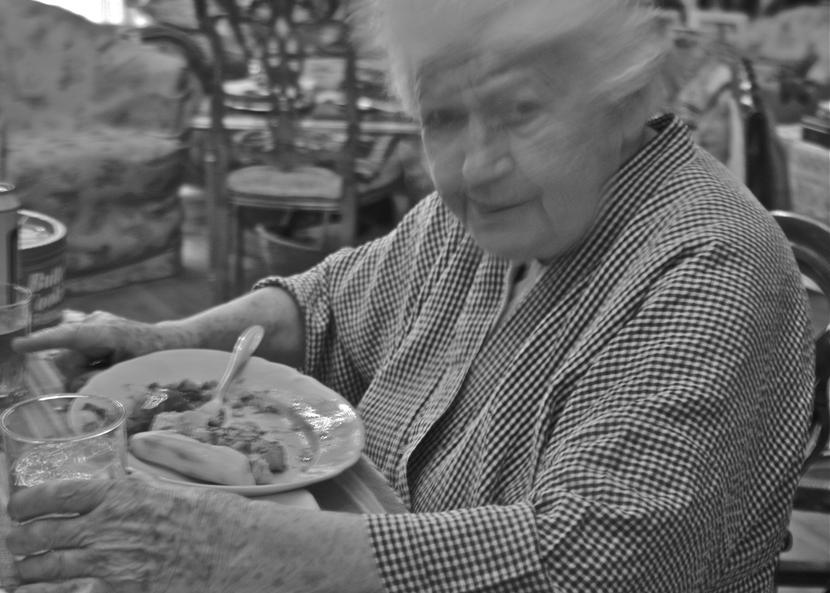 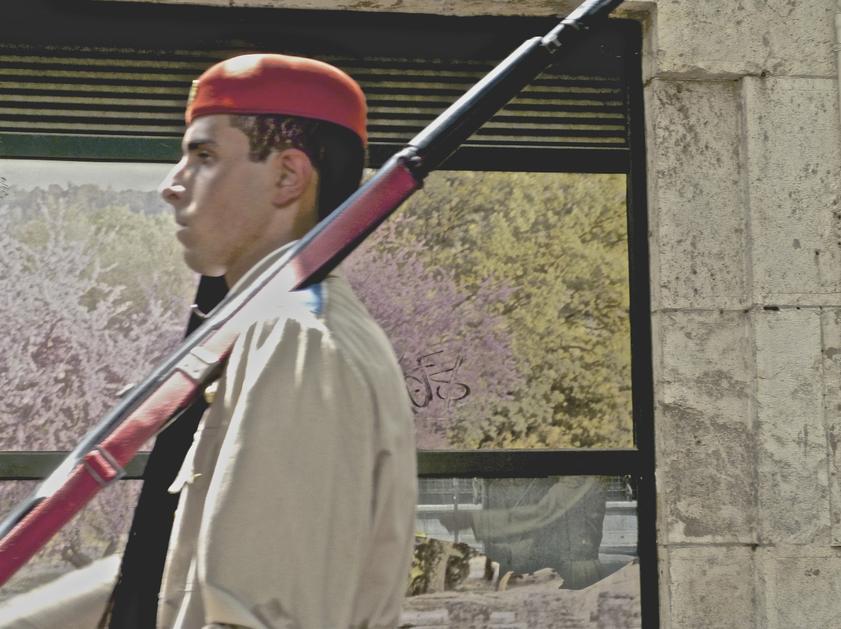 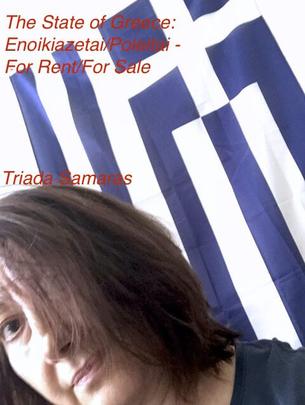 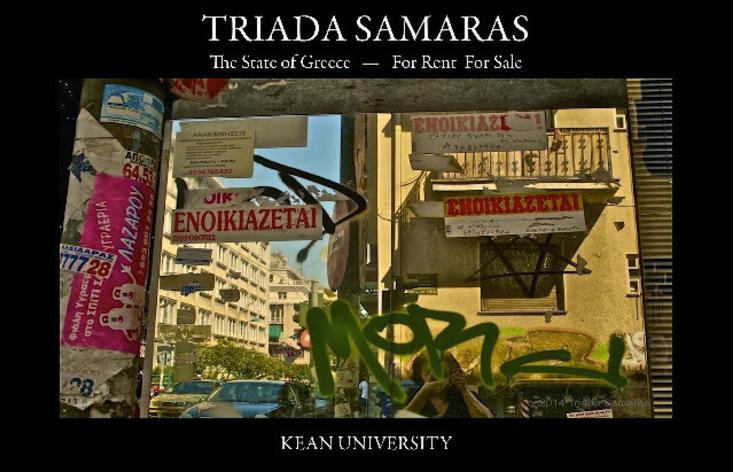 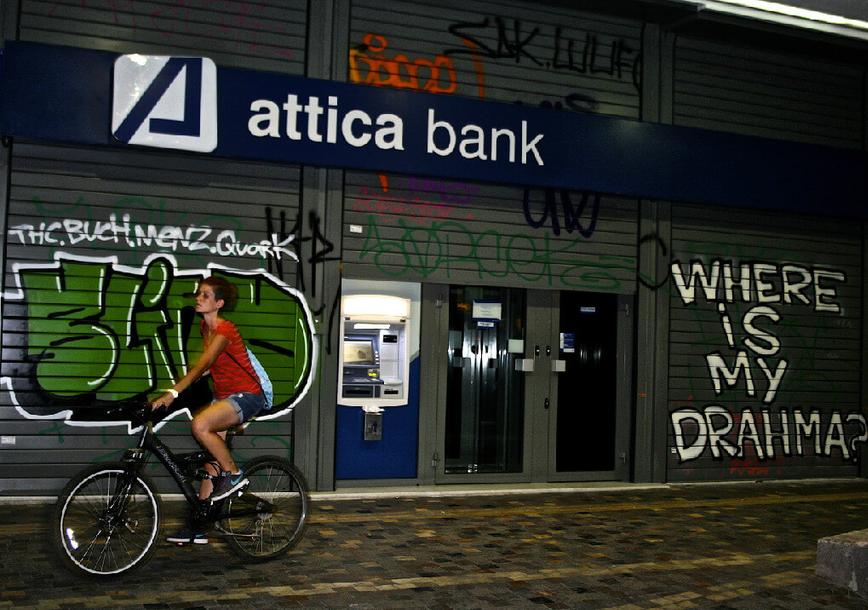 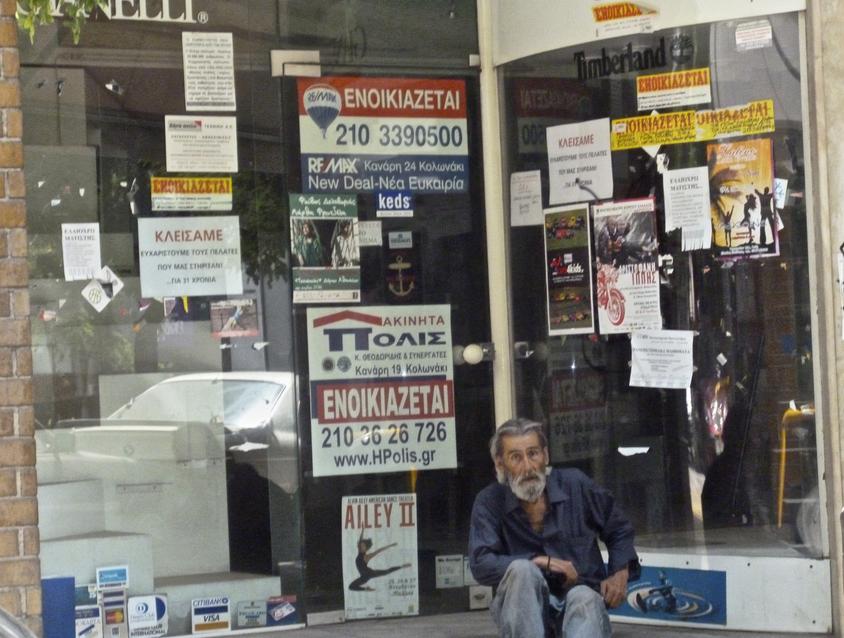 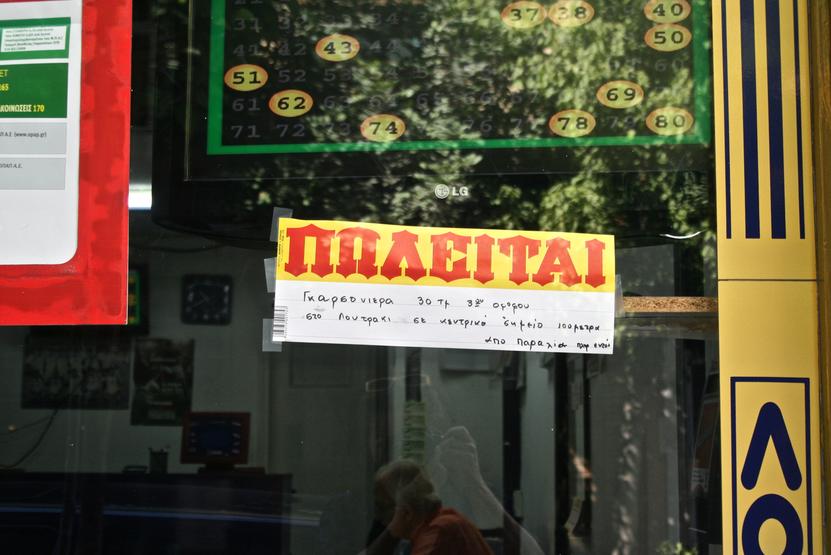 It is my sincere hope that these photographs might provoke the viewer to ask questions and to seek creative solutions. The situation in Greece is not an exception. In fact, economic austerity and the principles of economic austerity are being recreated elsewhere, even in the United States, as this text is being written. No one is ultimately immune from these economic realities. In Greece we say, ELLADA PAEI (Greece goes). But where are Greece and the rest of the world going?  It appears no one knows for sure. c. Triada Samaras, 2015 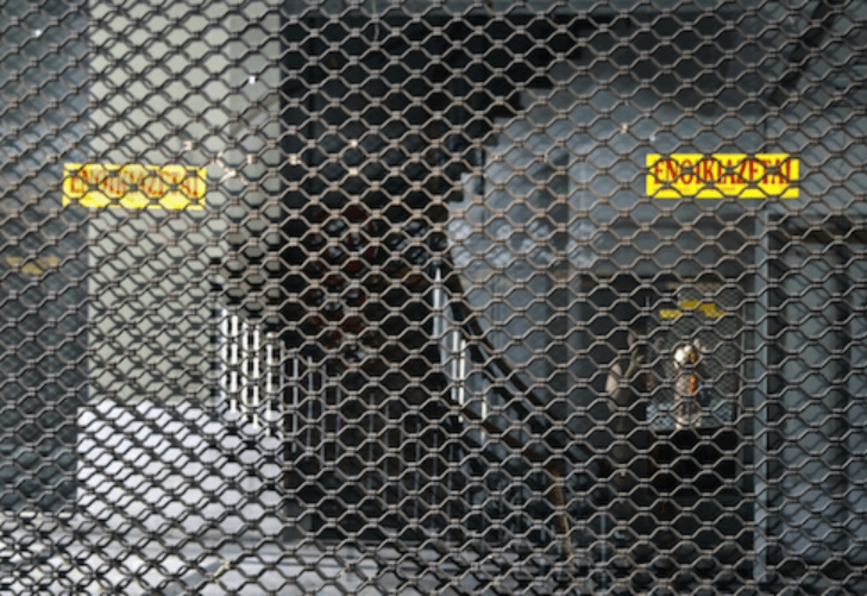 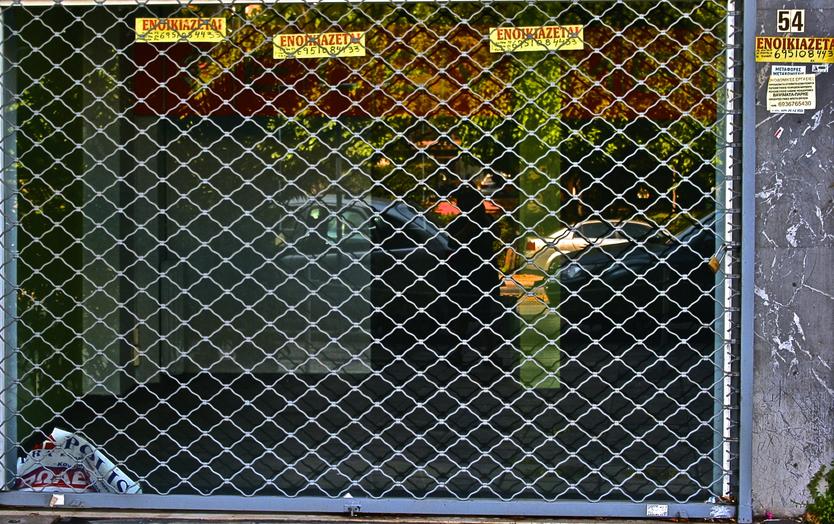 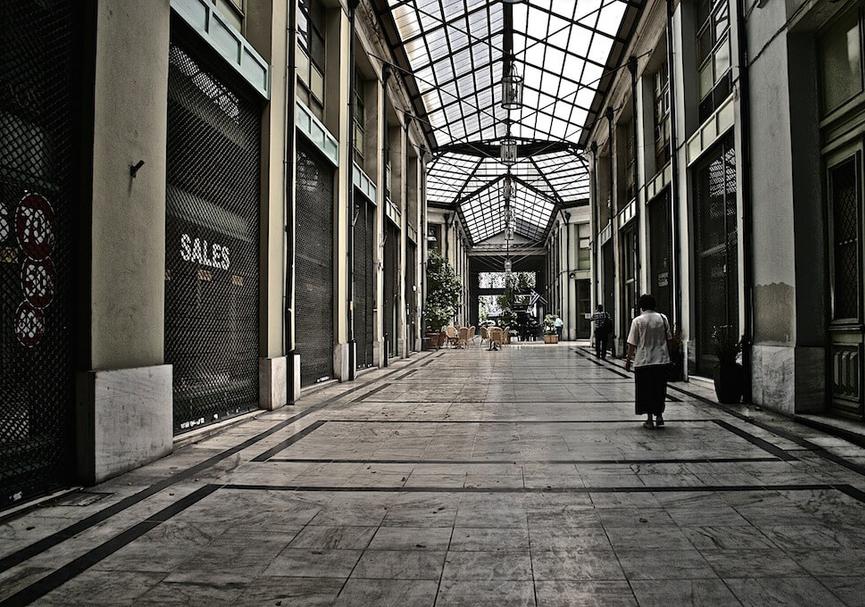 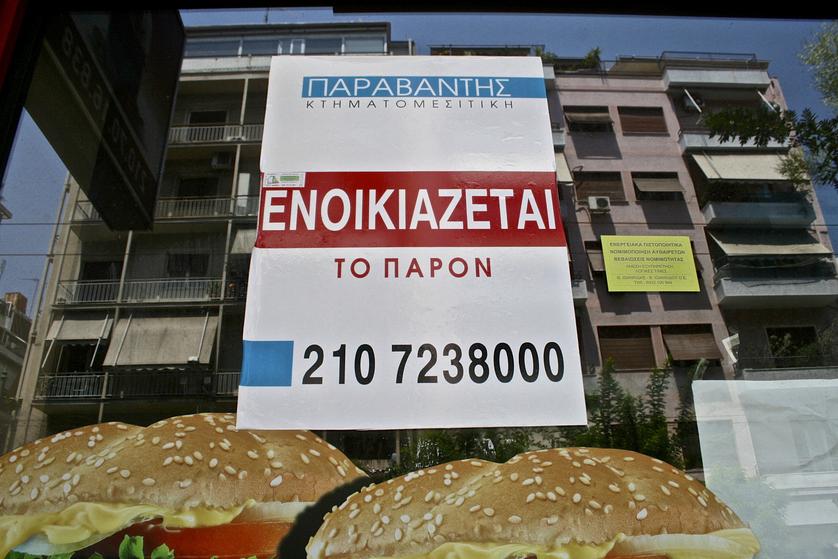 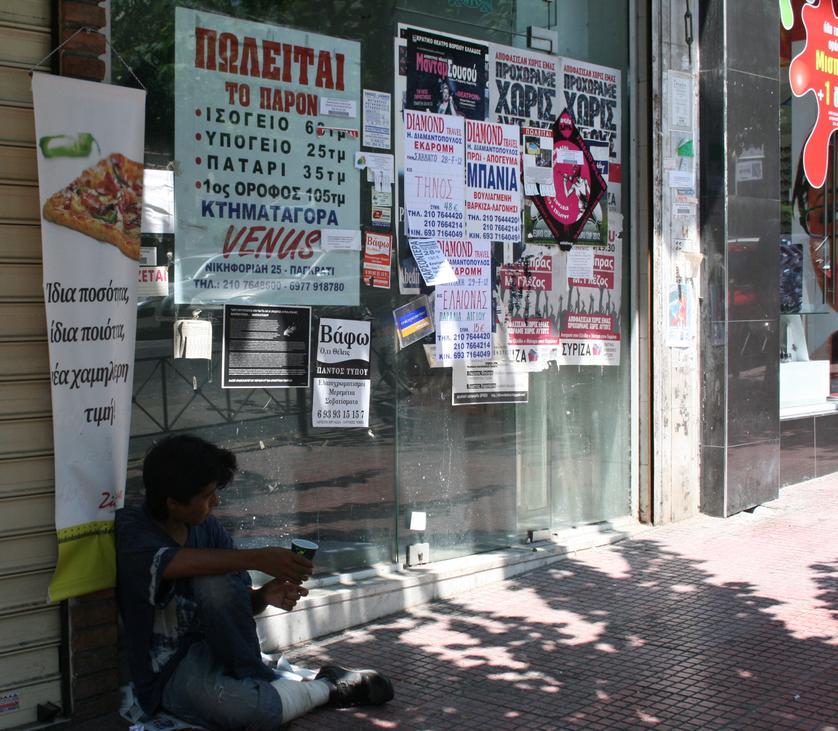 I took these photographs in Greece, to capture the spirit of the economic times in Greece by focusing on the city of Athens.  Walking along the streets of central Athens, I photographed Syntagma Square, Stadiou Str, Hermou Str between Syntagma, and Omonia Squares, Monasteraki and Omonia Squares, and the neighborhoods of Pagkrati and Ilissia. I describe these routes and areas as anyone familiar with Athens will know they are neither the poor areas, nor are they off the beaten track, but rather they constitute the central, well traveled, and once affluent streets of former Athens. Today, however, things look very different. As art critic Susan Handler wrote about my work, “Utilizing the language of visual symbolism and the written word, the viewer can read in her photographs the toxic plague that is thriving and destroying the country.” 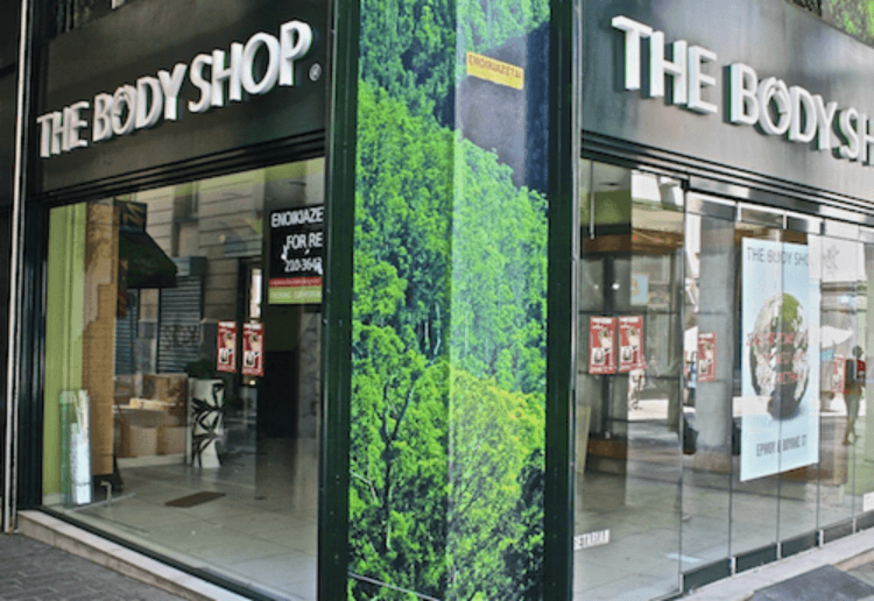 ​​News:
2013
The project: The State of Greece Enoikiazeta/Poleitai or Rent/For Sale) featured at Vital Space/Nature and Humanity
http://www.vitalspace.org/art-projects An International Project Space Curated by Danae Stratou and Yanis Varoufakis

2/2013
Enoikiazeta/Poleitai (For Rent/For Sale) is featured on the Greek Left Review. 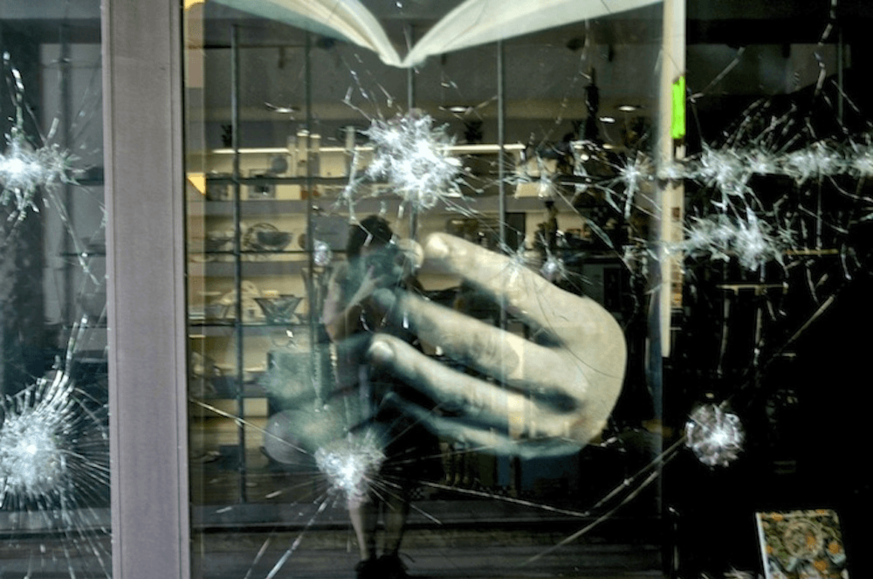 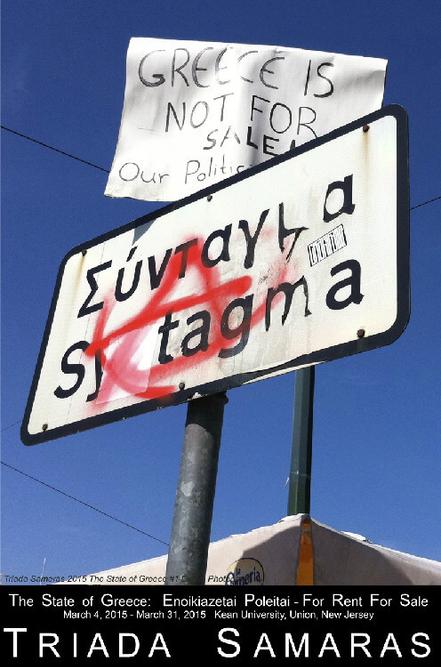 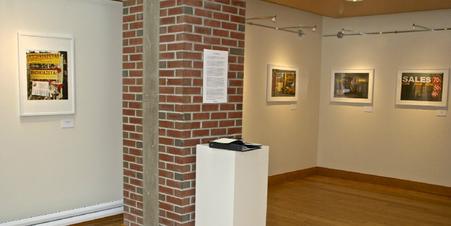